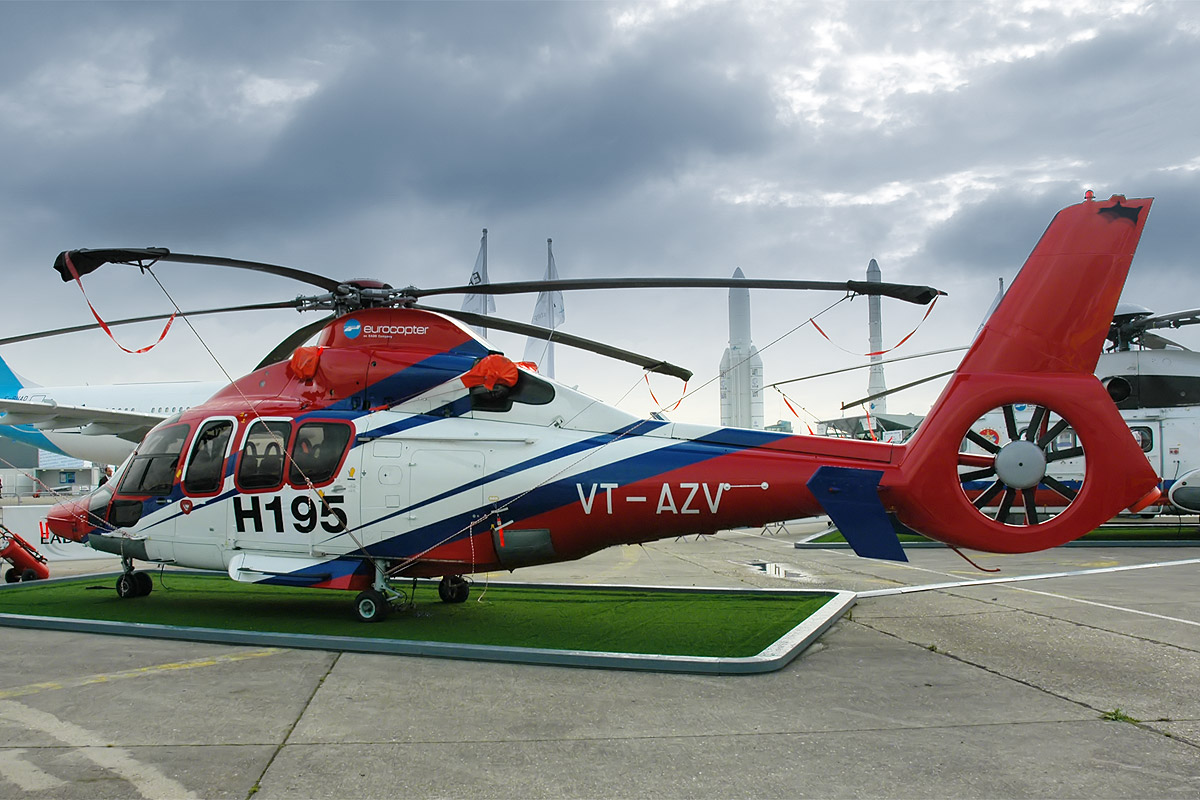 CONVENIENCE OF TRAVELING DOOR TO DOOR

The Airbus Helicopters AS365 Dauphin has proven itself a commercial success in the helicopter market covering service for over forty years. Over 1,000 units have been produced to date. The product was developed by French aircraft-maker Aerospatiale (hence its “AS” designation) but then was absorbed into Eurocopter before the brand was taken over by Airbus (Airbus Helicopters).

Following the commercial failure that was the single-engine SA360 “Dauphin” (34 units completed from 1976 until 1977), Aerospatiale sought to right-this-wrong by developing a twin-engine form to help broaden the Dauphin’s market interest. Work began as soon as 1975 even as the SA3650 was still in development and attempting to enter service. A first-flight in prototype form was recorded on January 24th, 1975. Following the usual tests and certification, the product was introduced through the SA365C production model during December of 1978 (the series was redesignated from “SA” to “AS” much later in January of 1990).

Please feel free to enquire about any interests below